WILD YAK EXPEDITIONS proposes an approach of the Mount Everest North from its north, Tibet. First of all, the Expedition starts from Kathmandu with a special mountain flight to the historic capital of Tibet Lhasa. Which offers a century’s old forts, magnificent monasteries, prayer halls of chanting monks and remote cliff-side retreats. It is remarkable to see Buddhist art and cultures on the way to Base Camp. Furthermore a short visit to the Rumbuk Monastery, which holds the climbing History of Mount Everest. It was one of the main Buddhist retreats with its numerous caves and prayer flags* illuminating the rude climate of the Tibetan Plateau. Wild yaks, wild donkeys, mountain goats, eagles, vultures, bears, snow leopard, wolf, wild dogs and the amazing flora, are its speciality. That grows thin air might all be to appear in the Tibetan landscape on the way to Base Camp.

The climbing History of Mount Everest North started on the North side, in Tibet. Expeditions from all around the World tried to scale the Mountain from its North side to conquer it. They were competing to be the First Nation on the top of the World. In 1921 the first expedition to Mount Everest was a British reconnaissance through Tibet and 1924 Leigh Mallory. And after that Andrew Irvine took part in another British expedition. The legend is still a mystery whether they might have reached the Summit or not. Several further expeditions attempted Mount Everest but on 20 May 1953, it was finally a British success, but from the Nepalese South side. Mount Everest is known as Chomolungma for the Himalayan people, meaning ‘Liberal Minded Goddess’.

The climbing route from its North side to Mount Everest is much safer and easier as compared to the South side, bringing the summit chances higher.

* 5 elements of life: blue for sky, white for air, red for fire, green for water, yellow for ground

For the safety, and flexibility, we focus on teams of 4 to 6 climbers, as well as:

WHY TO GO FOR AN ADVENTURE?

Wild Yak Expeditions believes an adventure provides various health benefits from physical to mental to spiritual. Himalaya is also the best place where we have enough time to rejuvenate our life. It is essential to make space from the busy life to be productive. Even more, besides personal benefits, it helps the local economy.

WHY WITH WILD YAK EXPEDITIONS?

WILD YAK EXPEDITIONS’ Team welcomes you in the Himalaya. We are committed to organizing small groups with high-quality services and security. Which are essential for flexibility, contentment, good ambiance and precious exchanges of cultures and traditions with our Team and local guides. Finally, Hospitality to our Guests and economy to locals are a great part of our aspirations.

Watch the internationally awarded movie The Mount Everest, which was based on WILD YAK EXPEDITIONS’ founder “Norbu Sherpa”. 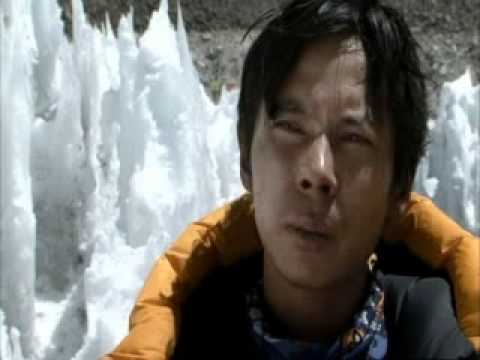 WILD YAK EXPEDITIONS’ philosophy is: as much as possible is included in the quoted price so that participants know the total costs of their adventure trip in advance!

WILD YAK EXPEDITIONS is focusing on group sizes of 4 to 6 participants for its Everest Expedition because our experience have found this to be the best way to have a successful Expedition while providing excellent services. Furthermore, it creates a pleasant ambiance within the group, including an exchange of cultures and traditions with our Team and the personal climbing partner (climbing Sherpa).

Last but not least, WILD YAK EXPEDITIONS’ focus on small groups permits more flexibility and support to the participants individually.

Kathmandu: We stay at the famous 5-star Hyatt Regency on a sharing basis, including breakfasts to prepare the best for the present Everest Expedition. All dinners are served in excellent restaurants in town where you can enjoy various types of cuisine, from the typical Nepali, Thai, and even steaks and Italian meals. Each restaurant has been screened by WILD YAK EXPEDITIONS representatives to ensure that it is of suitable quality for our guests.

Lhasa to Base Camp: We stay at good standard hotels, on a sharing basis, and experience real Chinese cuisine with mixture of Tibetan style with a bowl of beverage along with each meal.

Depending on the availability, it might be possible to book individual rooms, upon request at your booking and towards additional expenses.

The individual beverages until Base Camp are on each participant's own charge.

Base Camp and Advance Base Camp (ABC): WILD YAK EXPEDITIONS has its own philosophy regarding its Base Camp / ABC: as climbing is one of the central interests of the Expedition, it is important to have comfort, hygiene and good food during the Expedition. WILD YAK EXPEDITIONS’ Base Camp is comfortable, warm and well organized. Each participant has an individual double isolated tent. Each individual tent has an insulation support from ground and an extra large thick mattress with soft pillow.

Our triple-skin dining tent is heated and lighted at some specific hours. Our kitchen respects the fundamental principles of hygiene and is well equipped with modern utensils and stoves.

The Base Camp disposes also of two large sanitary tents (WC and shower), equipped with shower gel and toilet paper.

In addition, a water bucket with soap and sanitizer is at your disposal besides the dining tent.

Similarly, a  store tent and specific communication tent (depending on the size of the group) are set up.

During the Expedition, our kitchen team provides you with a variety of different kinds of food, from the typical Nepali food to all types of international cuisine (Tibetan, Continental, Indian, etc.) along with several types of drinks, among others, hot chocolate, coffee and fruit juice. Fresh vegetables, fruits and meat are supplied as regularly as possible from our kitchen. On request, for higher camps, a freshly cooked hygienic food or a packed food (as per condition) can be provided from our kitchen team as well as drinks and snacks.

Lights and Generator: Base camp and ABC is equipped with a solar charching device and a high power generator  for the altitude.

WILD YAK EXPEDITIONS believes in a high level of security while operating its Expedition to Mount Everest and provides accordingly the Expedition members with all the necessary means in order to optimize their chance to summit Mount Everest.

The success of this Expedition depends on both the personal condition of each participant and the experience of our Team. WILD YAK EXPEDITIONS’ team has been carefully selected according to their experience in the specific environment and personal aptitudes. Our team is thus highly experienced, skilled, trained, courteous and helpful.

Our Climbing Sherpa Guide Team: Our climbing Sherpa Guide Team is a professional qualified team with great experience in guiding at high altitudes in the Himalaya, in particular on Mount Everest or other 8000-meter peaks. It is assuring the safety requirements. The climbing Sherpa Team follows the members during the climbing periods. It fixes the tents, the ropes in some essential parts of the mountain and assists you during your ascent days for the summit push. Each member of the Everest Expedition has one personal climbing Sherpa for the summit ascent days. Our Sherpa Team makes sure that the rubbish is properly managed and the campsite are kept clean throughout the whole Expedition. It is also providing you with interesting information about the mountains, the culture and traditions of this part of the Himalaya. Last but not least, it will also help as an interpreter with the local populations.

Our Kitchen Team: Plays a vital role during the entire Expeditions. WILD YAK EXPEDITIONS Cooks are specialized, experienced and trained in outdoor cooking at high altitudes, respecting the fundamental principles of hygiene and proper management of the base camp and its surroundings. The Cook role is also to manage the Base Camp in the absence of the Leader/Sherpa team. Different types of cuisine and bakeries are served during the climbing period. Our Kitchen Team ensures also that the garbage is properly managed and the campsite is kept clean after its use.

Before we choose the mountain to scale, we want to know some important details about its climbing route.Considering the experience of the mountain guides and ascenders, we developed a simple system of grading, which may help you to choose the right Mountain to climb up depending on your aptitude.